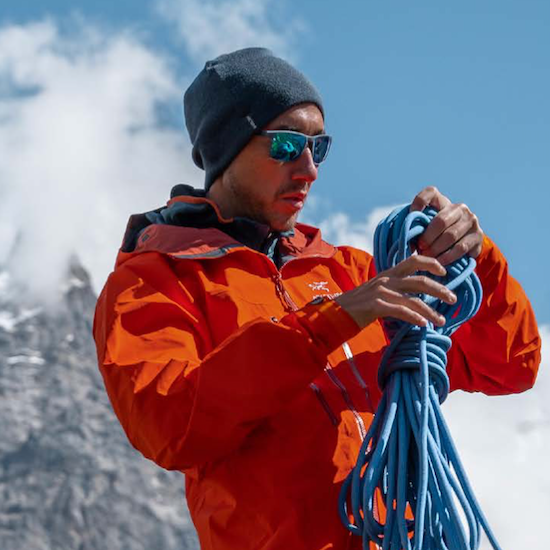 Malcolm Wood is a well-known adventurer, extreme athlete and entrepreneur who has founded and invested in many different businesses, including hospitality, clothing and extreme sports brands. His companies have sponsored other extreme athletes over the years in some of the toughest sporting events in the world.

A passionate social entrepreneur, Malcolm is involved in multiple marketing and production initiatives through film and media. This includes the world renowned production “A Plastic Ocean”, one of the most awarded documentaries in 2017, whilst most recently he has teamed up with Director and producer Craig Leeson to work on a set of environmental films that will be released over the next few years to highlight the global issues we are facing as well as the solutions.

Recently, Malcolm has been selected as the first paraglider, speedflyer and film maker to join UN Environment’s campaign ‘Mountain Heroes’. The team consist of a group of other famous athletes such as Canadian ice-climber Will Gadd, Austrian cyclist Michael Strasser, Kenyan Olympic skier Sabrina Simader and adventurer Ben Fogle, helping to draw attention to emerging environmental issues in mountains including climate change, waste and biodiversity loss.

On a more daily basis, Malcolm runs his hospitality group based in Hong Kong and is considered a major influence in the F&B industry. His passion for design and food led him to co-found the multi-award winning Maximal Concepts, which manages and owns over eighteen individual brands and has restaurants in numerous international locations. In the past, Malcolm has been chosen by global brands as an Ambassador due to his unique position as a Chinese National primarily based in Asia, a market which unlike Europe is not over-saturated with key mountaineering figures, all with fairly similar stories and backgrounds. Malcolm’s unique background and experience generates a lot of interest not only with the sporting side but as one of Asia’s leading restauranteurs, providing different audience across both groups of media outlets.