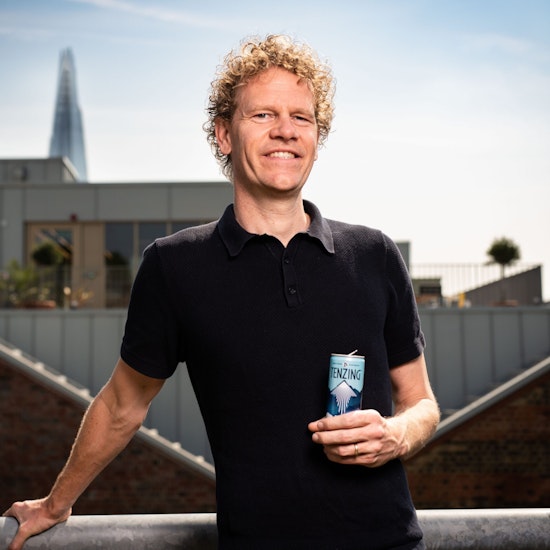 Huib van Bockel is Founder of TENZING and the former Head of Marketing at Red Bull Europe. He started his career at Unilever, then moved to MTV Networks where he gained invaluable experience in new (social) media, and was responsible for one of the world’s first social networks.

He is seen as one of the new marketing thought leaders where brands should behave more like publishers than traditional marketers. His book, The Social Brand was published in 2014 and is a blueprint on how to succeed in the new social era.

After leaving Red Bull in 2014, Huib set his sights on launching a natural and planet-conscious alternative with the aim of creating a brand with purpose, tackling issues he was passionate about; healthier living and protecting the planet.

In 2016 TENZING was born. Fast forward four years, and it is now available in more than 7000 sites across the UK and Europe. It maintains its position as the fastest growing energy drink and, following a year of uncertainty, has continued to grow. The TENZING team has big plans for 2021 and will continue to create innovation for a new generation.