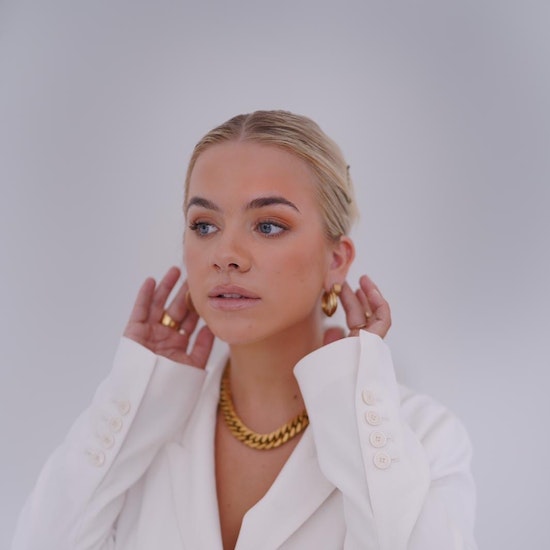 London’s Young Entrepreneur of the Year (Natwest GBEA) and founder of sustainable style brand TALA and fitness tech brand Shreddy, Grace Beverley is a successful female entrepreneur shaking up the archaic business world, with a global reach of over 1.5 million. This purpose-driven leader possesses a Sustainable Business accreditation from Harvard Business School and was named first in Forbes 30 under 30’s retail and e-commerce list at age twenty-three, highlighting her work to accelerate the slow-fashion space and convince consumers they have the power to vote with their money. Grace’s inspiring narrative has led to her winning the Good Influence ‘Women in Business’ award, ranked as the 26th most influential online creator by the Sunday Times and featured in Glamour alongside Emma Watson and Rihanna as one of the ‘the 10 amazing multi-hyphenates to be inspired by’. Recognised by the BBC as ‘the 22-year-old taking on the gym wear world’, Grace’s business success speaks for itself; in its first year TALA amassed a following of over 200,000 and total sales of £6.2m. Within 24 hours of launch, SHREDDY, the ultimate preference-based fitness app, reached No.1 in the health and fitness app store charts and within the first 6 months amassed over 110,000 downloads. In the first 6 months of launching SHREDDY (formerly B_ND), the website received over 915,000 visitors and it has now sold over 350,000 products worldwide. After a heated nine-way auction, Hutchinson (Penguin Random House) acquired the rights to Grace’s first book which offers a fresh take on how to navigate modern life, get focused and step back before burning out. The highly sought after ‘Working Hard, Hardly Working: Redefining Productivity in the Modern World’ has taken pre-orders in the thousands and is set to publish in April 2021.