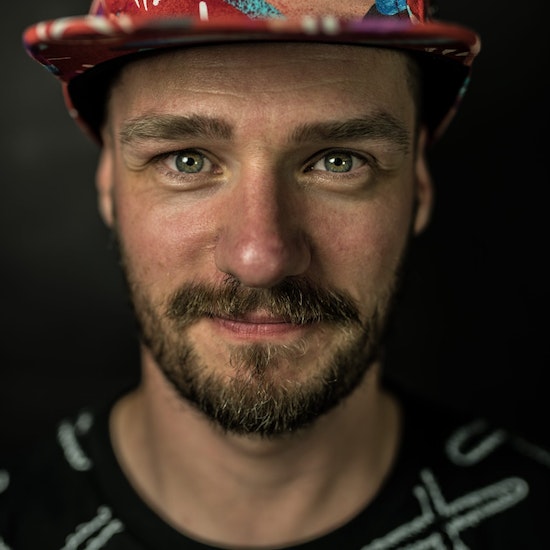 Gavin Strange is a Director and Designer for the UK’s beloved creative studio Aardman Animations. Working at Aardman for over a decade, Gavin’s creative output ranges from title sequences for the OFFF festival and Shaun the Sheep feature film, to channel idents for BBC Two and Christmas films for Fortnum & Mason. Most recently he had the prestigious honour of Directing ‘Turtle Journey’, an emotional and impactful short film for Greenpeace about a family of turtles making their way home when tragedy strikes.

His work is diverse in nature but all held together of a common thread of fun and high energy. By night he goes under the alias of ‘Jamfactory’, indulging in all manner of passion projects, from filmmaking to illustration, toy design to photography and even making music under the moniker of ‘Project Toy’.

Gavin is a keynote speaker and has spoken around the world, from Mexico to Manchester, the Middle East to Munich. In 2016, after speaking at the prestigious Do Lectures, he wrote the book ‘Do Fly’, a motivational mantra published by The Do Book Co & Chronicle Books. He co-founded the contemporary design store ‘STRANGE’ with his wife Jane and even appears in CBBC’s art-themed TV show ‘Art Ninja’.

He prides himself on being a ‘realistic idealist’ or ‘idealistic realist’ – striking the balance between uncurbed enthusiasm and pragmatic process. Floaty sentiments aside, his talks are about finding the energy and making the time to create things that matter. That’s something Gav believes applies to everyone – from a GSCE student to serious CEO!

He lives in Bristol, UK with his wife Jane, their son Sullivan and their greyhound Peggy.