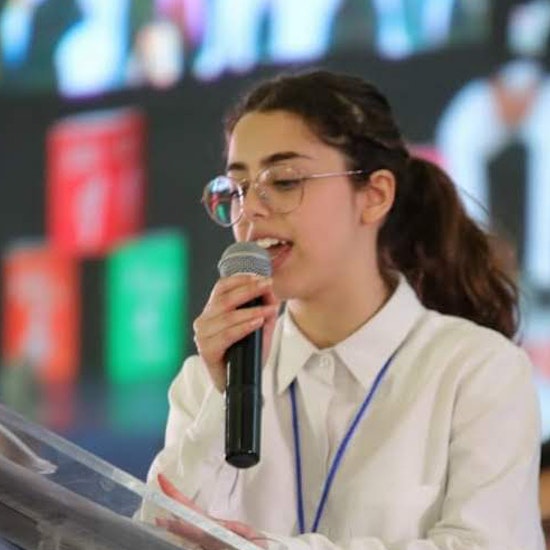 Currently in high school, she began working on the pursuit of environmental action in local and regional organizations through the Fridays For Future Movement. Now working as an activist in several organizations, she has had the honour of speaking before the Chamber of Deputies and the Senate of the Republic; to be interviewed in renowned national and international media such as Vice Magazine, El País and Excelsior TV.

She has had the opportunity to attend several events organized by the United Nations, POP Movement and the Climate Finance Group of Latin America and the Caribbean (GFLAC – Grupo de Financiamiento Climático para América Latina y el Caribe). In this revolutionary era, she fights for the rights of women and Latinxs, hoping to have greater representation in the global leading countries.