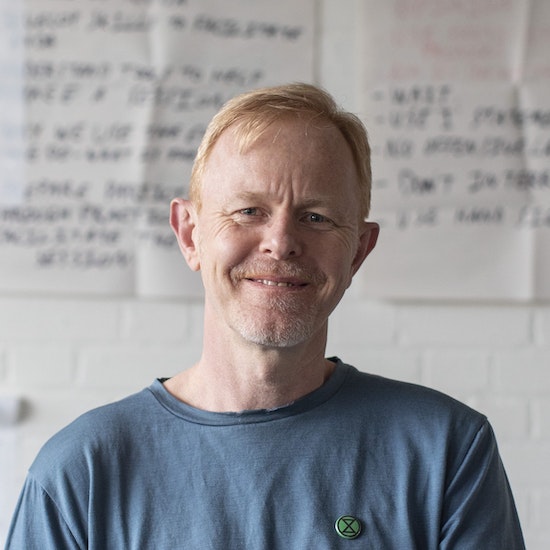 Andrew is a full time volunteer for Extinction Rebellion (XR), leading its Finance Team since mid-2019. He resigned from a 30-year City career with HSBC, Lloyds Bank and NEST Pensions in 2018 to join XR.

He helped to set up local XR groups in every London borough (including his home in Wandsworth) and has been assistant to XR co-founder, Roger Hallam. He was arrested by the Met Police on three occasions in 2019; on Waterloo Bridge, as an independent candidate in the 2019 European Elections and (surprisingly) at home when ten officers raided one sunny evening!

Andrew believes his experience as a risk professional with major international banks has been a significant influence on his decision to rebel.